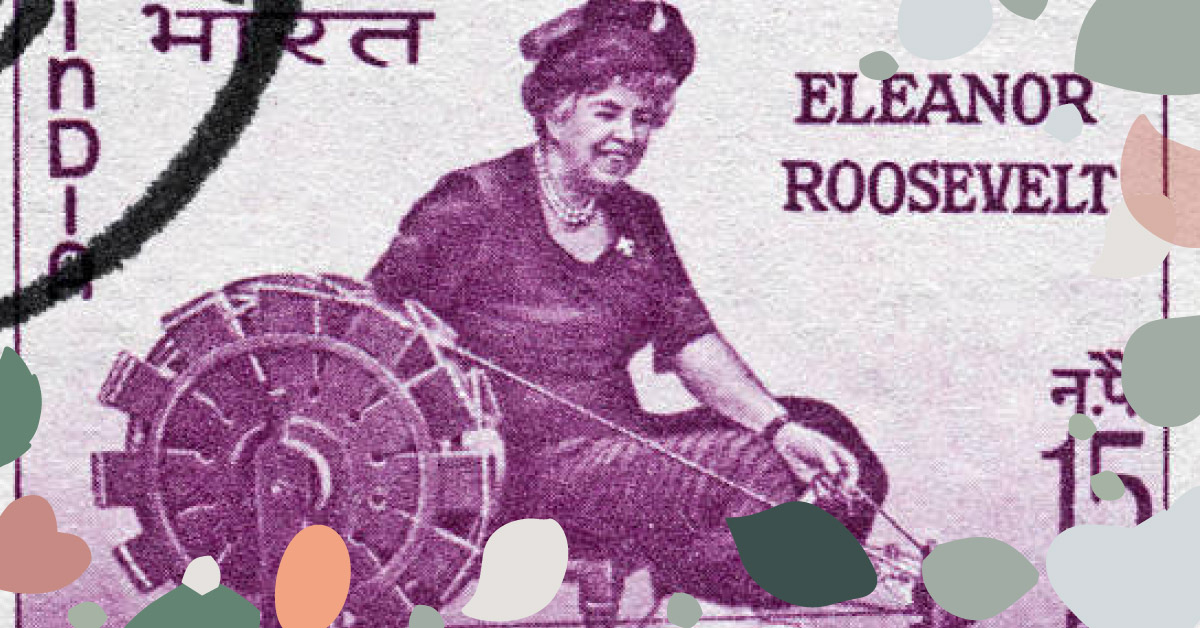 On my regular run through Riverside Park I pass Eleanor Roosevelt. I have come to depend on Eleanor’s comforting and consistent stance leaning thoughtfully on her chin and reflecting pensively on life: predictable, dependable, steady and constant as only a statue can be. But recently I noticed something unusual and different about her. Eleanor was wearing a pink pussy hat on the top of her head. Undoubtedly, she had been enlisted to join with the hundreds of thousands of people who came out to express solidarity recently for defending women’s rights. I was struck by how poignant the symbolism was of her wearing this hat because in her own adult life she, too, had rallied for human rights and women’s causes in particular. Throughout her life Eleanor Roosevelt fought hard for what she believed in.

Unfortunately, Eleanor needed to learn to fight to overcome emotional hardship at a very young age. She had an unhappy childhood and both her parents and her brother died when she was very young. Her marriage was not without its own problems and her husband was diagnosed with polio at the age of 39. She taught him, too, to be a fighter and encouraged him to stay in politics and successfully run for President despite his illness and significant impairments. She herself transformed the role of First Lady, devoting herself to the pursuit of human rights as no other President’s wife had done before. Her ability to endure hardship in her life and yet act as an inspiring agent of change is truly remarkable. “She would rather light candles than curse the darkness and her glow had warmed the world,” said Adlai Stevenson on her passing.

Where did all this strength come from? How was she not beaten down by the adversity that she faced in her life? In a monthly column which she published she reached out beyond her inner circle by inviting women to grow by sharing their experiences. The column was called: I Want You to Write Me. Addressing her readers, she wrote: “I ask you to share the particular problems which puzzle or sadden you but I also want you to write me about what has brought joy into your life and how you are adjusting yourself to the new conditions in this amazing, changing world.”

Her request itself contained valuable lessons. She encouraged her readers to recognize the importance of joining together, developing a support system and connecting as a community of women. In addition, she invited her readers to use writing as a tool for emotional expression. She also recognized the value of learning to hold both the feelings of joy and pain simultaneously: an important, but, by no means, easy task. Finally, she requested that her readers reflect on what steps they had taken to accept and then to adjust to that which they cannot change in their lives. Undoubtedly these were the very tools that she developed throughout her own life in order to become the inspiring leader that she was.

While the pussy hat has since been removed from your head, your lessons, Eleanor, are eternal and we thank you for your comforting and consistent stance, leaning thoughtfully on your chin and reflecting pensively on life.